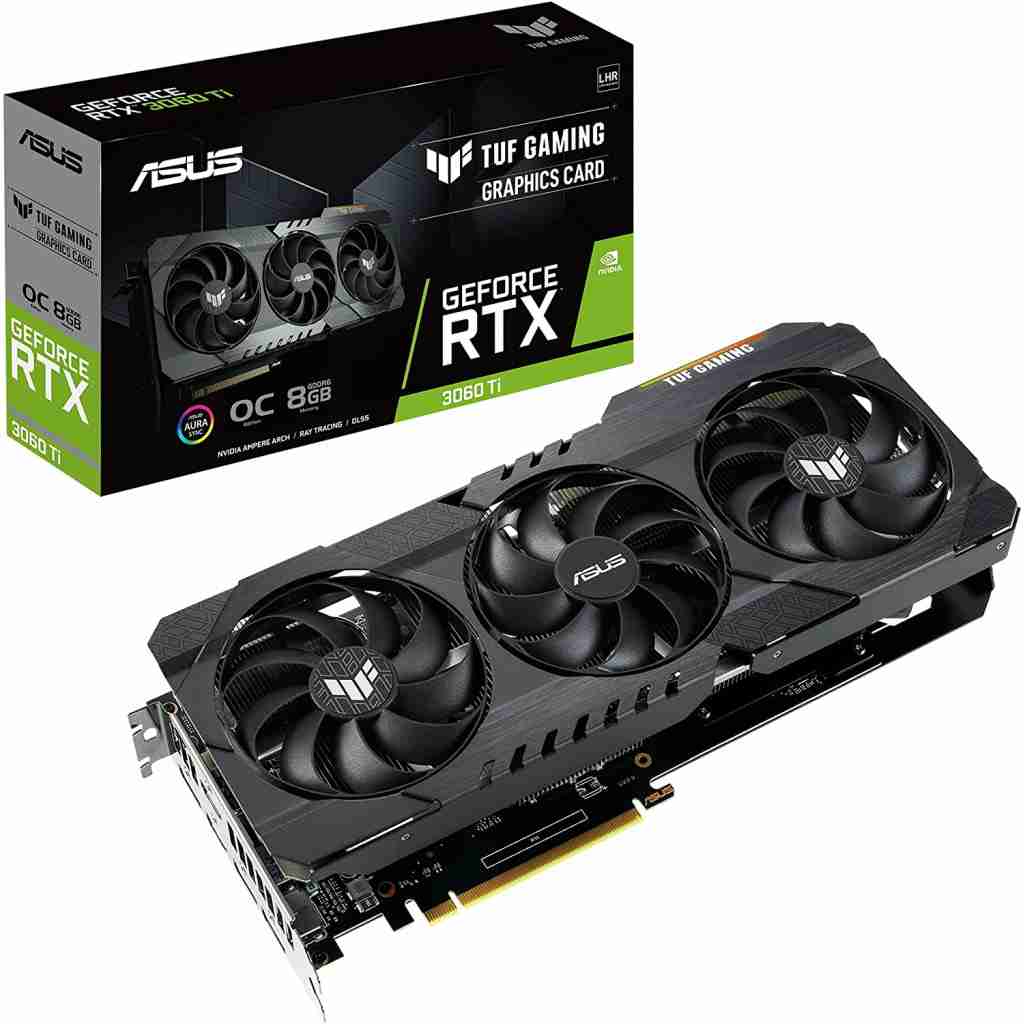 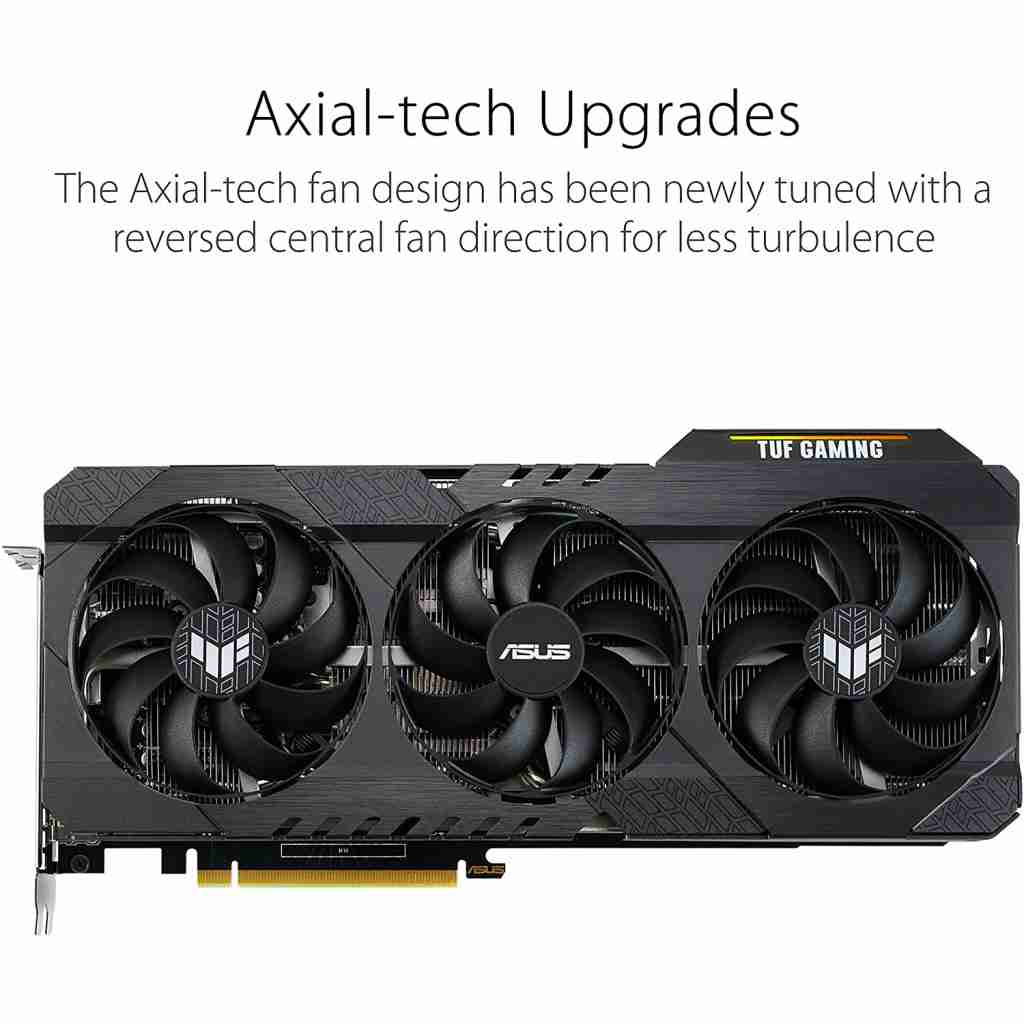 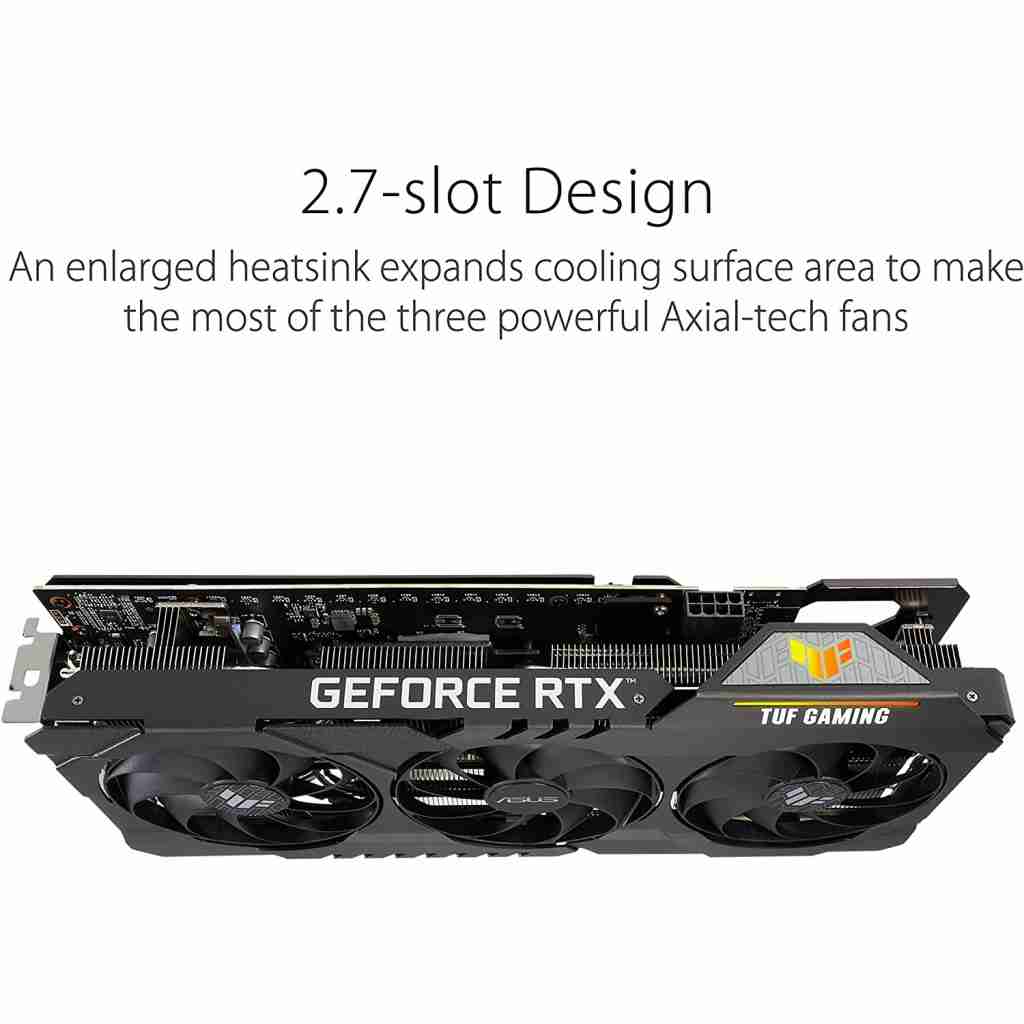 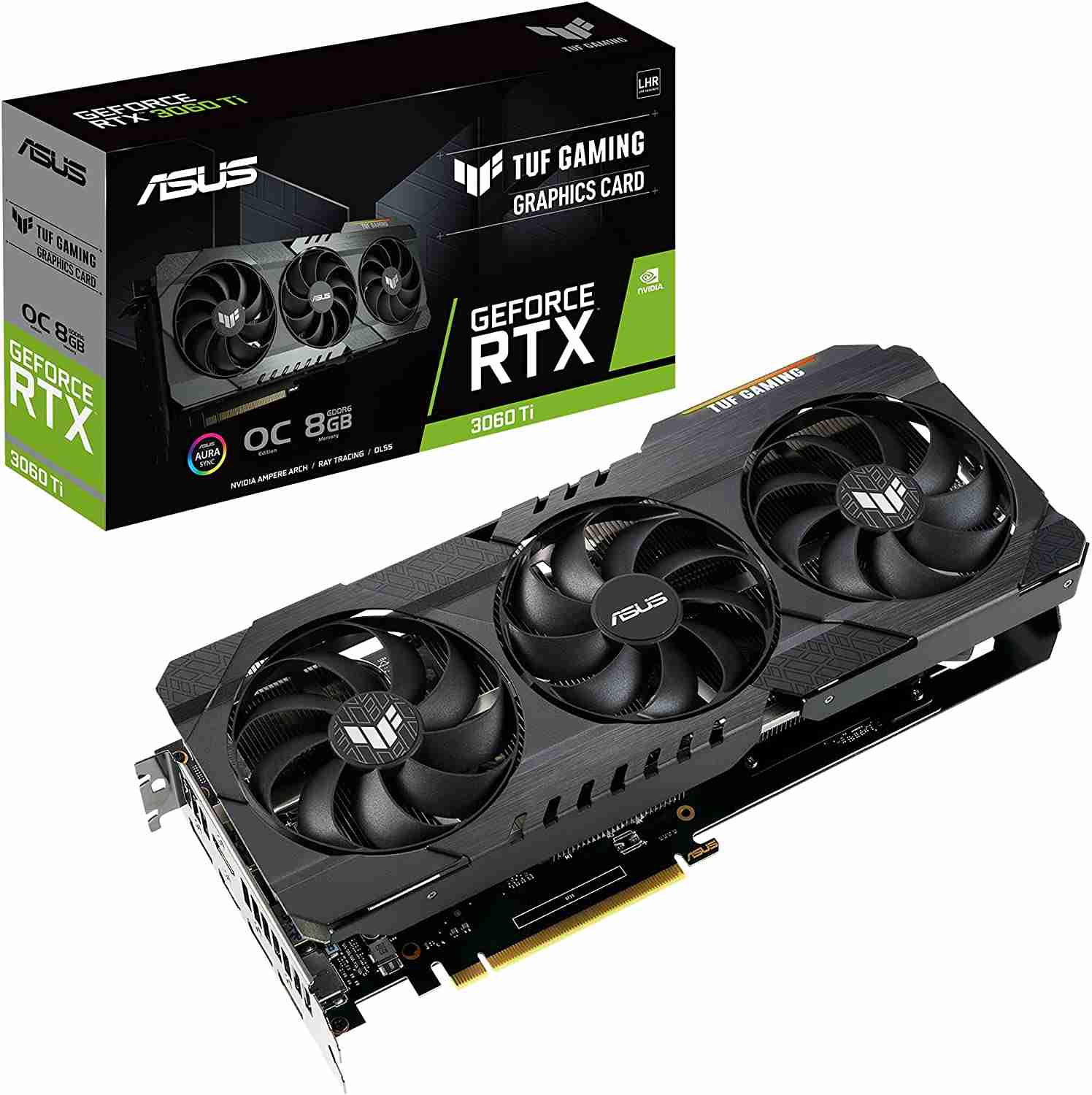 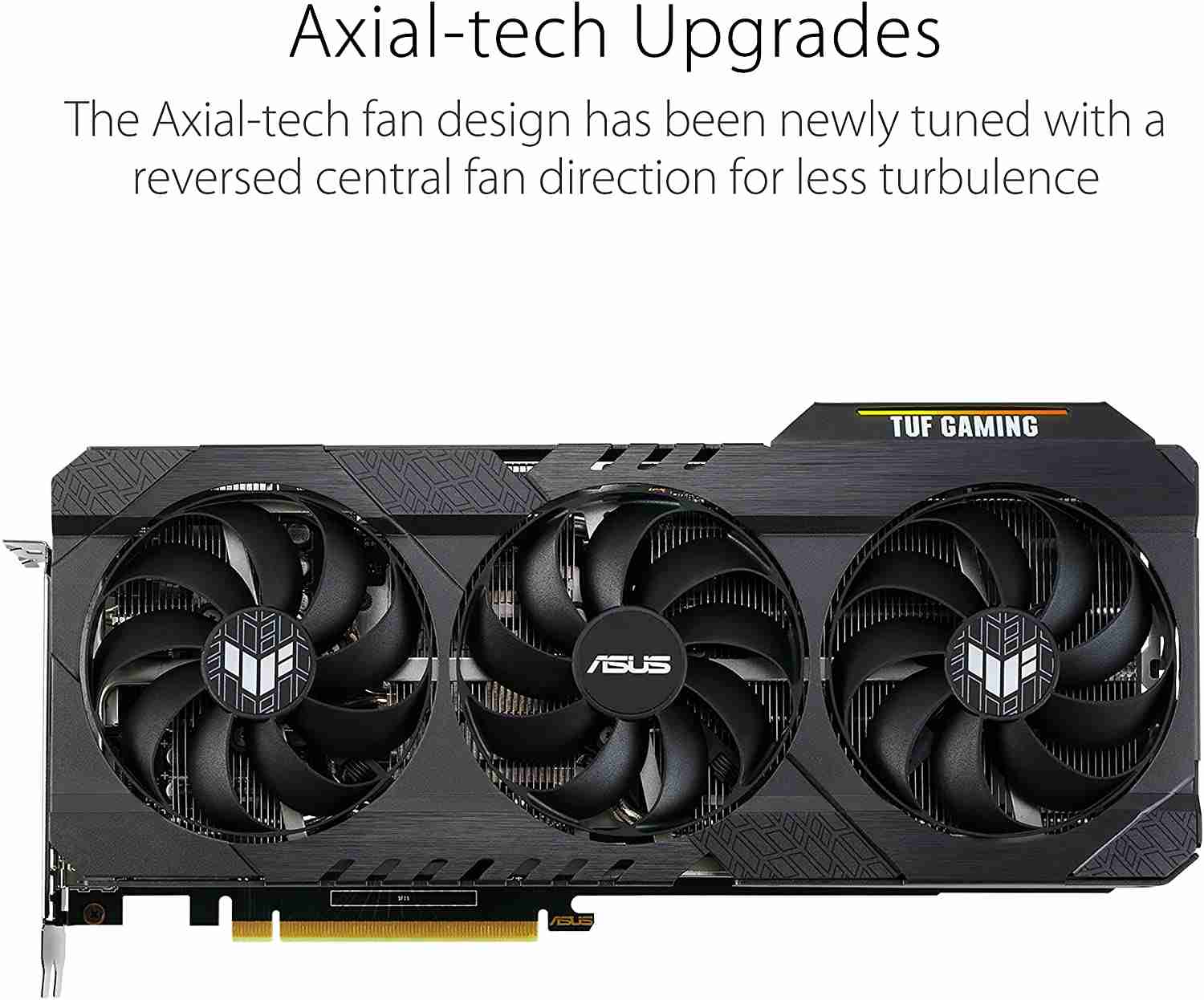 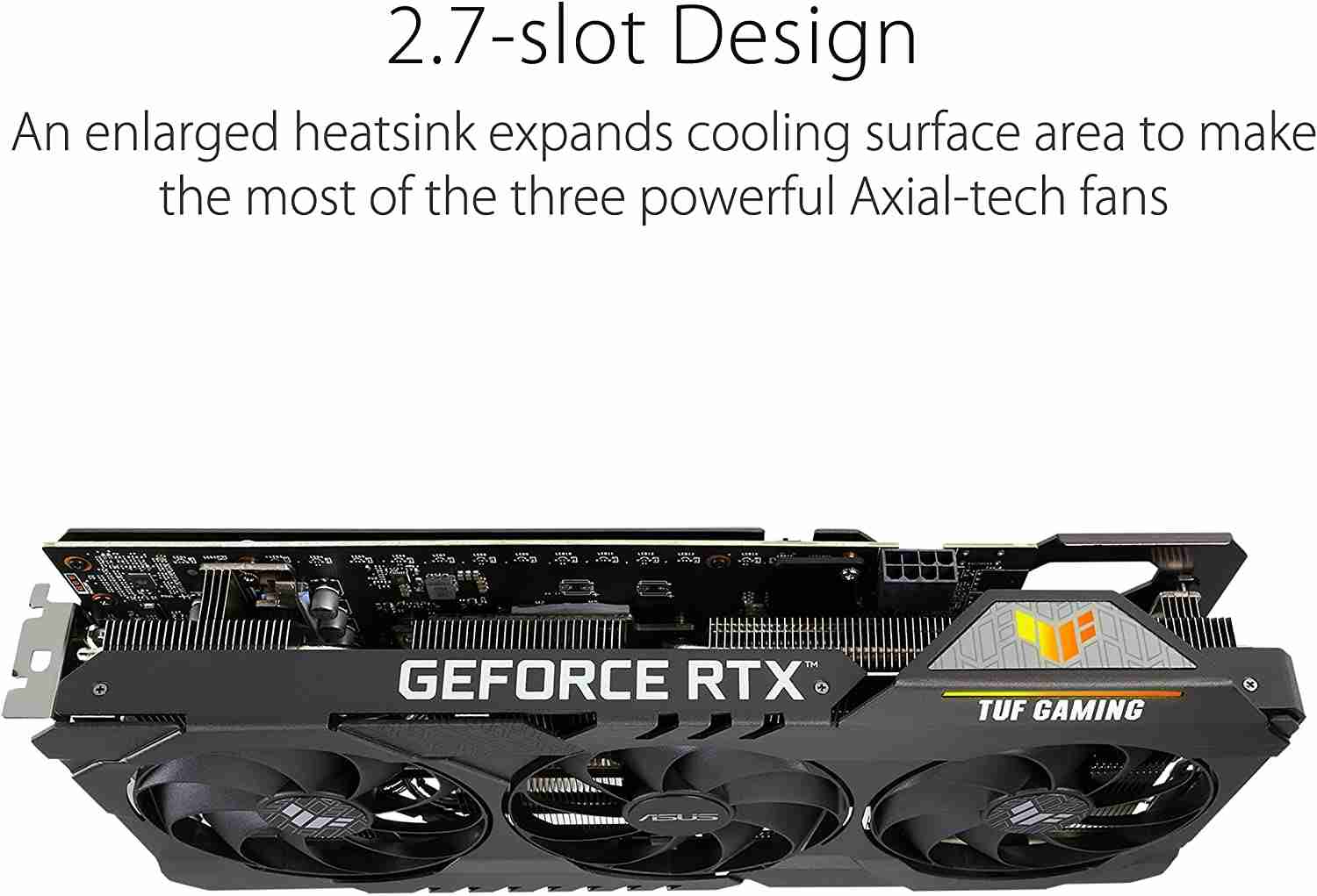 Based on the Ampere architecture and designed to handle the graphical demands of 1080p at high frame rates as well as 1440p gaming, the ASUS GeForce RTX 3060 Ti TUF Gaming V2 OC Graphics Card brings the power of real-time ray tracing and AI to your PC games. The GPU features 8GB of GDDR6 VRAM and a 256-bit memory interface, offering improved performance and power efficiency over the previous Turing-based generation.

The front panel of the card features a variety of outputs, such as DisplayPort 1.4a and HDMI 2.1. HDMI 2.1 supports up to 48 Gb/s bandwidth and a range of higher resolutions and refresh rates, including 8K at 60fps, 4K at 120fps, and even up to 10K. The RTX 3060 Ti is not just about high-resolution gaming. Computationally intensive programs can utilize the GPU’s 4864 cores to accelerate tasks using CUDA and other APIs. For cooling, ASUS implemented triple Axial-tech fans, providing improved airflow and dispersion.

Stock might not be real-time! Check for availability with our team.

Credit/Hire purchase price is an estimate and does not take into account insurance and initial deposit and may change without notice.

Create an account with us and you’ll be able to: 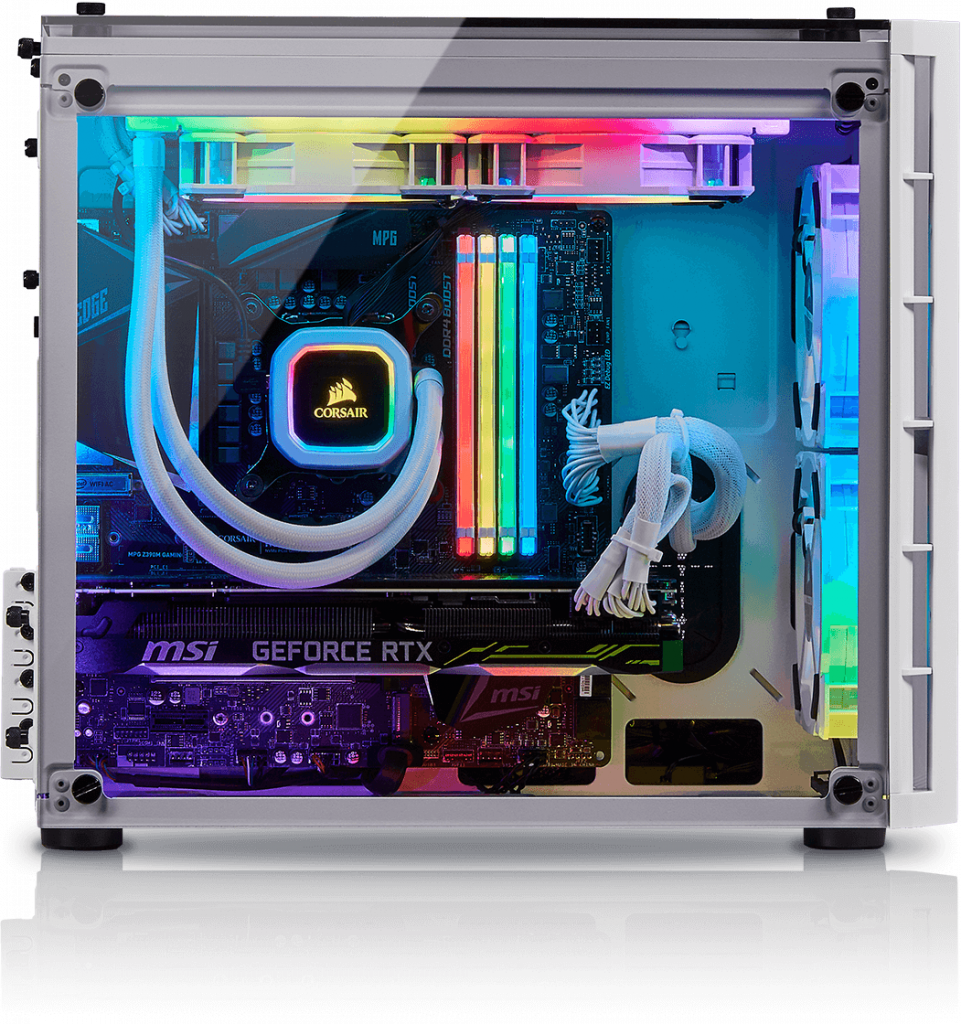 BUILD YOUR OWN PC